LEADERSHIP: "Preparing to Lead-HOW DO YOU KNOW IF YOU’RE CALLED TO PASTORAL MINISTRY?" 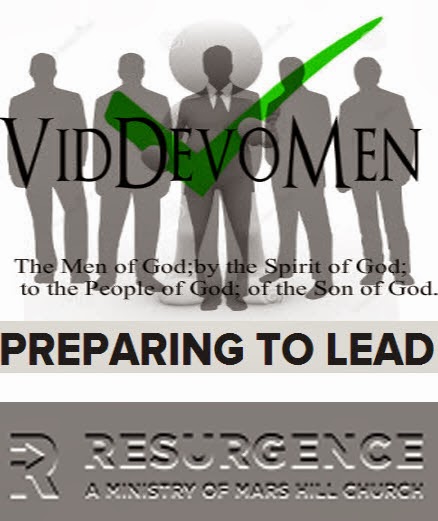 HOW DO YOU KNOW IF YOU’RE CALLED TO PASTORAL MINISTRY?

Many people imagine being called to pastoral ministry is a mystical sense or experience. But the Bible shows us that being called is more objective and measurable than that. This is the first installment of an 8-part series Preparing to Lead.
The Apostle Paul had a direct encounter with Jesus that defined his call to ministry. As far as we can know from the silence of the Bible, Timothy, his protégé, had a different experience. But it’s important to understand that Paul gives Timothy authoritative direction on how to evaluate a call to pastoral ministry. We can see there are at least three critical dimensions to calling from the Bible’s pastoral epistles.

In the heart of the man being called into pastoral ministry is a desire to serve the church as an overseer. Scripture encourages such an ambition, telling us, “If anyone aspires to the office of overseer, he desires a noble task” (1 Tim. 3:1). If this desire can’t be shaken, then it must be taken seriously.

The Apostle Paul had a direct encounter with Jesus that defined his call to ministry. As far as we can know from the Bible, Timothy had a different experience.

Too often, our conception of a call to ministry takes on a mystical element that the Bible doesn’t require. It is more objective and measurable than that, according to the Scripture. It is a noble desire residing in the heart of a man who loves the church and wants to serve as a leader.

Desire alone doesn’t validate a true ministry calling. Character and competency are just as important. There are qualifications all pastors must meet, according to 1 Timothy 3:1–7 and Titus 1:5–9. A man who believes he is called to pastoral ministry must undergo serious examination by qualified pastors. The man who has been tested and validated in meeting the biblical requirements for the office of pastor, and who has an unwavering compulsion to serve the church, is two-thirds of the way towards being called.

A call to ministry is a noble desire residing in the heart of a man who loves the church and wants to serve as a leader.

The Apostle Paul warned Timothy not to neglect serving according to his gifting and commission: “Do not neglect the gift you have, which was given you by prophecy when the council of elders laid their hands on you” (1 Tim. 4:14). The practice of the laying on of hands is depicted several times in Scripture. A common outcome of this act is that those being touched are deployed for service. Deacons are commissioned to serve by the Apostles in Acts 6. Paul and Barnabas are commissioned for mission in Acts 13.

A man who believes he is called to pastoral ministry must undergo serious examination by qualified pastors.

Likewise, those who are called to ministry are to be both qualified and commissioned. A pastor without a commission is like a man who claims to be a professional football player without a team. He is suspect.

Far too many pastors are leaving ministry today. Jesus has redirected some. Maybe others became discouraged and quit. But I have known some former pastors who now insist that they were never truly called into ministry in the first place. They regret the past. And those they served are worse off in the present. A pastoral calling must be taken very seriously and carefully evaluated—for the sake of the pastor and, more importantly, for the good of the church.

David Wilkerson Today, Daily Devotions | World Challenge
sermons.worldchallenge.org
What gospel did Peter preach to the masses on the Day of Pentecost? The Bible tells us that when the people heard the apostle testify, “They were pricked...
Posted by Michael James Stone Links to this post

DAILY DEVOTIONS: " Where then do You get that living water? " -Oswald Chambers

Posted by Michael Eliot Nevarez · 2 hours ago
Where then do You get that living water? —John 4:11

My Utmost For His Highest
utmost.org
Daily Devotionals By Oswald Chambers
Posted by Michael James Stone Links to this post

DAILY DEVOTIONS: " 'Glory to God in the highest, " -A.W.Tozer

Posted by Michael Eliot Nevarez · 2 hours ago
Suddenly a great company of the heavenly host appeared with the angel, praising God and saying, 'Glory to God in the highest, and on earth peace to men on whom his favor rests.' Luke 2:13-14

Tozer Devotional
www.cmalliance.org
Christmas as it is celebrated today is badly in need of a radical reformation. What was at first a spontaneous expression of an innocent pleasure has been carried to inordinate excess. In one section of Chicago, for...
Posted by Michael James Stone Links to this post

DAILY DEVOTIONS: " the joy of learning the Scriptures " - Ray Stedman

Posted by Michael Eliot Nevarez · 2 hours ago
Remember your Creator in the days of your youth, before the days of trouble come and the years approach when you will say, I find no pleasure in them. (Ecclesiastes 12:1)

Daily Devotional: Before It's Too Late | Eccles 12:1-8
www.raystedman.org
Have we experienced the joy of learning the Scriptures while young? As we get older it is more difficult to change, yet it's never too late to...
Posted by Michael James Stone Links to this post

Posted by Michael Eliot Nevarez · 2 hours ago
Matthew 6:28
28 “And why do you worry about clothes? See how the flowers of the field grow. They do not labor or spin.

32 from Issachar, men who understood the times and knew what Israel should do—200 chiefs, with all their relatives under their command;

Do you “Understand the times and know what you should do”? (212-2)
barrywerner.com
We make decisions every day, and the patterns we establish in the small decisions shape the larger ones. Read...
Posted by Michael James Stone Links to this post

DAILY DEVOTIONS: " Jacob was left alone " -Streams in the Desert

Posted by Michael Eliot Nevarez · 2 hours ago
And Jacob was left alone; and there wrestled a man with him until the breaking of the day (Gen. 32:24).

Posted by Michael Eliot Nevarez · 2 hours ago
Now as Jesus was walking by the Sea of Galilee, He saw two brothers, Simon who was called Peter, and Andrew his brother, casting a net into the sea ; for they were fishermen. 19 And He said to them, "Follow Me, and I will make you fishers o...See More

DAILY DEVOTIONS: " Samuel is going to hear the voice of God " -Raul Ries

Therefore Eli said to Samuel, "Go, lie down; and it shall be, if He calls you, that you must say, 'Speak, Lord, for Your servant hears.' " So Samuel went and lay down in his place.

Daily Devotional - Calvary Chapel Golden Springs
www.calvarygs.org
Finally, for the first time, Samuel is going to hear the voice of God. The Lord is going to speak to Him and reveal His plans to this young boy. If Eli had not experienced this with him, who would believe Samuel had really heard from the Lord?
Posted by Michael James Stone Links to this post