CHRISTIAN EDITION
"Facts are subjective; Jesus is the Truth" -MJS 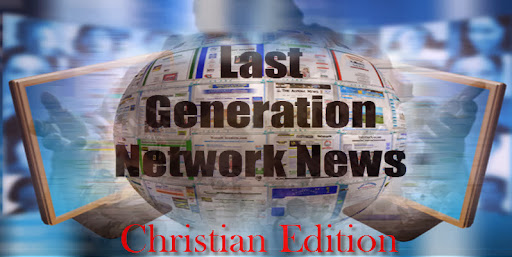 Pope Has A Message For All The World's Enemies The Sexiest Rabbis Of 2013 Are Here The Pope's Criticism Of Capitalism Has One Wealthy Donor Very Upset WATCH: 2013's American Faith Leaders Who Made A Difference Let's Talk About Death Over Dinner Sparking Conversations About The End Of Life

Matthew 2:13 - 23: The Massacre of the Innocents and the Soul of the Warrior 'Jesus Was A Radical Nonviolent Revolutionary' Words That Inspired, Surprised, And Moved Us This Year

Church Includes Trayvon In The Nativity Funeral For Homeless Trans Woman Held At 'Church Of Francis' Pro-life activists saw 2013 as a breakthrough in the movement to defend the constitutional rights of pre-born babies. Many credit the growing support for the pro-life movement with the rising popularity of 3D and 4D ultrasounds, and the ability to announce the sex of one's unborn baby by the 13th week, as Texas state Rep. Jason Villalba (R-Dallas) did on the House floor as part of his support for the state's new abortion regulations that ban abortion after 20 weeks gestation, the six month of pregnancy.

On Tuesday night, about 3,000 people from over 50 countries attended a prayer and worship night as part of Mission-Net's biannual congress.

Willie and Korie Robertson appeared on Fox News' New Year's Eve special on Tuesday and denied that there was any lasting tension between their family and A&E following the family patriarch's reinstatement to the network's hit "Duck Dynasty" series.

"Can I genuinely care for and be committed to someone if I don't affirm an aspect of their life?" That is one of the core questions that the California-based Eternity Bible College professor Preston Sprinkle wants to explore in his new class on homosexuality

Kristine McGuire, a wife and mother, became intrigued with ghost hunting and witchcraft and attempted to blend the occult with her Christian faith until she encountered a demonic spirit.

A California school district has reversed its decision to charge a Christian organization thousands of dollars to use the district's facilities for children's club meetings, even while other clubs use the facilities for free.

A recently released report from Pew Research has found that six in 10 Americans believe that evolution is how the species came to be.

A Louisiana church is continuing its 32-year-old tradition of ringing in the new year with 42 hours of prayer and fellowship with the hopes that 2014 will be a year of change for the city.

A Virginia megachurch situated near the District of Columbia will be holding its annual youth-centered New Year's Eve party to raise funds for charity tonight, with over 1,000 teens expected to attend.

Making New Year resolutions has biblical validity, but not all resolves have a Christian spirit behind them. And the ones that are according to God's desires demand more courage and faith than any other resolution we can make, shares a blogger from the DesiringGod ministry.

The consul general of Israel in Los Angeles believes that Christianity is experiencing a rapidly growing renaissance in Israel. With that, he emphasized the biblical mandate that evangelical Christians and Jews have – to be in a favorable relationship with one another.

Among the least pastored people are pastors themselves, as they work long hours catering to the emotional and spiritual needs of their congregations but without being relieved of their own personal needs, says Marshall Segal of the DesiringGod ministry.

A pair of Wisconsin churches co-sponsored a billboard message to let their city know that, despite an atheist's claim to the contrary, there is life after death.

A historically black New York congregation is presently in a legal dispute over the church's property with The Episcopal Church.

Tim Tebow will be returning to the college football world in 2014 following an announcement from ESPN that the former quarterback has signed on for a multiyear deal with the Southeastern Conference network.

Willie Robertson, star of the A&E reality show "Duck Dynasty," recently spoke out about his father Phil Robertson's temporary suspension from the show, saying that although his father is crude, he is the "real deal."

Meagan Good is explaining why some of her convictions as a Christian may have gotten in the way of her obtaining certain movie roles.

Reactions are pouring in to the A&E Networks' reversal of "Duck Dynasty" hero Phil Robertson's "indefinite" suspension for his comments against homosexuality. While fans remain uncertain of A&E's "true intent," opponents say they'll be watching carefully the show's next steps.

Three deadly bombings have rocked two of Russia's southern cities in the past four days, killing at least 34 people just six weeks before the country plans to host the 2014 Olympic Winter Games in Sochi.

Thousands of Catholics gathered in the capital of Spain to celebrate an open-air mass as the Western European nation's government has promised a stricter abortion law.

President Salva Kiir and rebel leader Riek Machar in the world's youngest nation of South Sudan have been asked by international peace brokers to talk and reach a resolution by Wednesday to halt the violence that started a fortnight ago killing thousands, including civilians and children.

China's parliament on Saturday formally adopted resolutions, easing the country's decades-old one-child policy and also abolishing its controversial labor camp system which was used against house church Christians among others, according to the official Xinhua news agency.

A 2,000-year-old burial box believed by some to contain the remains of James, the brother of Jesus Christ, is set to go on public display in Israel, after its owner was cleared of forgery.

Almost no communication shared by users of Apple's iPhone is sacred or hidden from the U.S. National Security Agency (NSA), thanks to a spyware program called DROPOUTJEEP that allows the agency to intercept SMS messages, access contacts, locate, and even activate the device's camera and microphone.

Google released a viral 2013 year-in-review video about the year's top searches and main events last week, featuring a mash-up of top searches across the globe. Google's video, entitled "Google Zeitgeist: Here's to 2013," has garnered over 10 million hits since last Tuesday.