Monday, Aug. 15, three Egyptian army brigades of 1,700 men backed by tanks, an equal number of special policemen and 3,400 security personnel drove into the northern Sinai towns of El Arish, Sheikh Zuweid and Rafah thereby launching a mission to retake Sinai from rampant Islamists, who were also responsible for sabotaging a gas pipeline. DEBKAfile: In their first clash with Islamic Liberation Army gunmen, three Egyptian officers were kidnapped, one gunman was killed and 11 detained.

Taliban Closes Trap on US SEAL's
Insider intelligence helped down the chopper and avenge the bin Laden killing.
more
Zero Response to Syrian Army Draft
While fighting his people against the clock, Assad snubs vacillating Turkey.
more
Asif Shawqat Rises from a Double Purge
Why is the Syrian army fighting without a Chief of Staff?
more

Taking advantage of the 15-day leeway granted him by the US and Turkey, Bashar Assad Monday, Aug. 15, sent tanks and mechanized infantry into Homs, a town of 1.5 million inhabitants. Heavy shelling rings out as clouds of smoke rise over the city. Homs is Syria's third largest town and the biggest the Syrian military has attacked. In Latakia, Syrian tanks continue to battle armed Palestinians and in Brussels, NATO and Turkey get set to send the rebels anti-tank weapons.

Thursday night, Aug. 11, US President Barack Obama and Turkish Prime Minister Tayyip Erdogan agreed to set Syrian President Bashar Assad the deadline of Aug. 27 for extinguishing the popular uprising against his rule and starting to implement genuine democratic reforms. This decision followed Erdogan's report to Obama on the Turkish Foreign Minister Ahmet Davutoglu's six-hour conversation with Assad Tuesday, Aug. 9. Turkey has called up reserves for transfer to the Syrian border.

Israel's military, police and Shin Bet security service are drilling extreme scenarios of possible Palestinian disturbances, mass rallies or even terrorist attacks in September – although there is no specific intelligence of a security threat in the offing. The authorities have also set up "September Command Centers" so as not to be caught off guard. The intelligence updates fed them on Palestinian activities contain no signs so far of organized Palestinian preparations for disorders beyond some talk at local Fatah cell level.

You may read DEBKA
on your Android device!

Less than 24 hours after Turkish Foreign Minister Ahmet Davutoglu handed Bashar Assad in Damascus "a final warning," to stop the bloodshed or else, Assad demonstrated coolly that he is not scared by the prospect of Turkish or NATO military intervention or deterred by new US sanctions against Syria's biggest bank and mobile phone company. The day after his Turkish guest departed, Wednesday, Aug. 10, Assad launched provocative military assaults on three towns in the Turkish border region - following receipt of a missile shield guarantee from Iran.

An air of crisis descended on the world Tuesday, Aug. 9 as markets continued to tumble steeply and in London, large parts of the city  succumbed to uncontrolled violence. Far East stocks leveled out at 3 percent, Europe fell 3.5-5 percent Tuesday after Wall Street slid 5-7 percent Monday. More than $70 billion were wiped out in global trading Monday hours after US President Barack Obama said America will always be a Triple A country. Israel could join world crisis if all protest demands are met.

As his tanks and artillery stormed the eastern Syrian town of Deir al-Zour, killing 100 civilians in one day, the US and Turkey Sunday night, Aug. 7 began to turn the screw on President Bashar Assad: US Secretary of State Hillary Clinton asked Turkey's foreign minister Ahmet Davutoglu to press Syria to "return its military to the barracks," during his visit to Syria Tuesday. The Syrian ruler with Iranian backing spurned the ultimatum even before the minister reached Damascus.

Twelve hours after Russian President Dmitry Medvedev warned Assad he faced a "sad fate" if he failed to introduce reforms, Moscow's envoy to NATO Dmitry Rogozin accused the Western alliance of planning a military campaign against Syria to help overthrow the Assad regime "with the long-reaching goal of preparing a beachhead for an attack on Iran."
In an Izvestia interview Friday, Aug. 5, Rogozin added: "This statement means that the planning [of the military campaign] is well underway."

Bodies of Hama citizens in the Orontes

Thursday night, Aug. 4, the commanders of Syria's military crackdown on the city of Hama ordered suspected protesters to be picked up off the streets for summary execution. Within hours, hundreds of victims were "executed" by firing squad in Nasser Square. The order was issued when the military failed to overcome mounting resistance.

Russian President Dmitry Medvedev warned Syrian President Bashar Assad: "We are watching how the situation is developing. It's changing and our approach is changing as well."

Saudi imperial polices have been gravely set back by Pakistan's vacillations and flirtation with Tehran after shelling out  two billion petrodollars in aid to buy Pakistan's partnership in Riyadh's plan for an international Sunni legion to withstand Shiite Iran. This did not stop President Asif Ali Zardari visiting Tehran and pledging expanded trade ties with the Islamic Republic.

The Obama administration is willingly handing the diplomatic lead for ending the Libyan crisis to Moscow having concluded that America no longer commands the resources for carrying global burdens on its own. Muammar Qaddafi, supported by Russia and Africa, will insist on staying in power until the agreed transition is reliably implemented with room at the top for his sons.

New US Defense Secretary Leon Panetta and Iraqi Prime Minister Nouri al-Maliki quietly agree to at least 15,000 US troops remaining in Iraq after 2011in the guise of diplomats and other civilian personnel with America keeping control of four big air bases – two of them facing Iran. The Iraqi prime minister is dragging his feet before making this understanding public.

Gen. Abdel Fatah Younis, commander of the Libyan rebel forces fighting Muammar Qaddafi, was put to death on the orders of Mustapha Abdul Jalil, head of the rebel TNC,DEBKAfile's sources report. TNC officers abducted him and two aides and shot them in the head 20 kilometers outside Benghazi.

Jalil wanted the powerful Younis out of the way before the start of peace negotiations, for fear he would beat his own path to Qaddafi and head the future government alongside Saif al-Islam. 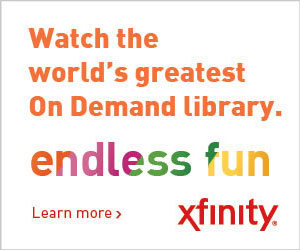 A team of Iranian Revolutionary Guards (IRGC) officers has just finished setting up Hamas' first commando unit especially trained to combat any Israel military force entering the Gaza Strip, DEBKAfile's military sources report. The new "Al Qods Brigades" unit of 400 men is to be the first of three. The urban guerrilla tactics imparted to Hamas drew heavily on the experience Al Qods is gaining in Syria, where its experts help President Bashar Assad crack down on protest.

The Stuxnet malworm - at it again

DEBKAfile's intelligence sources report that the Stuxnet malworm which played havoc with Iran's nuclear program for eleven months was not purged after all. Tehran never did overcome the disruptions caused by Stuxnet or restore its centrifuges to smooth and normal operation as was claimed. Indeed, Iran finally resorted to the only sure-fire cure, scrapping all the tainted machines and replacing them with new ones – as was indicated Tuesday by an announcement in Tehran.