Prophecy Article Today: "Are Demonic or Democratic Forces at Work in the Middle East?" -Bill Salus

Are Demonic or Democratic Forces at Work in the Middle East? 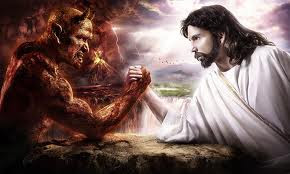 While “Doomsayer’s” worry the world ends December 21, 2012 and “Naysayers” scurry to scuttlebutt their claims, 2011 snuck in the calendar’s back door catching humanity by surprise. The first quarter of the new decade has been plagued by unprecedented Arab unrest. Peaceful protests have morphed into radical revolutions causing Israel and the international community grave concern about the instability of Arab governments.

Complicating matters, the precious oil lying beneath Arab soil is costing American consumers a pretty penny at the pump. In California the cost of gas rose 26 times in 27 days during February, 2011. In 2009 the average price per barrel of crude oil was $53.48. In 2010 it averaged $71.21. Lately, crude oil has jumped up to over $105 per barrel. Some analysts predict 2011 will see the price per barrel surpass the critical $150 barrier forcing already fragile world financial markets into further turmoil.

What is causing Middle East protests to spread like California wildfires? Some suggest it’s fueled by an Arab youth bulge discontent with the longstanding repressive regimes reigning over them. Social networks like Facebook, Youtube, and Twitter have enabled them to see beyond the censorship of their State run media. According to many liberal pundits these Arabs supposedly seek nothing more than the noble American aspirations of life, liberty, and the pursuit of happiness.

On the surface their quests for democratic freedoms seem understandable, but apart from Israel, no model democracy has ever manifested in the Middle East. Historically power shifts occur in the region through assassinations, revolutions, rigged elections, and / or military coups. Peaceful protests and popular elections as a means to establish democratic rule is a new and untested Arab experiment.

At first the protesters achieved their goals relatively peacefully. In January, 2011 former Tunisian president Zine El Bidine Ben Ali stepped down from office. This marked the first time in history an Arab dictator was overthrown by popular revolution. Then in February, 2011 after 18 days of protests, Egyptian president Hosni Mubarak likewise removed himself from office.

However, since then Libyan leader Muammar Gadaffi opted not to step aside from his presidential post, but to resist the protesters in his country. Gadaffi’s violent stand against them has created a civil war in Libya and set precedence for other Arab leaders to behave similarly in their respective countries, like Yemen, Bahrain, and Syria.

Arabs are now killing fellow Arabs across the Middle East, which is an unpalatable situation for the twenty-two member Arab League which was formed in 1945 in order to unite Arabs. Presently, the League’s goal to unite Arabs takes a back seat to simply stopping the brotherly bloodshed.

Interestingly, the bible tells us in Psalm 83 that a day will come when the Arabs will unite. However, this unity is not the result of democratic Arab governments succumbing to the social network needs of their respective societies. Rather, the nations and / or terrorist populations of Hezbollah, Hamas, Palestinians, Syrians, Saudis, Iraqis, Jordanians and Egyptians will join in common cause to destroy the Jewish State of Israel. Their present disunity amongst each other gives way to a larger degree to unity against Israel.

The Psalm predicts they form a coalition expressly intent on wiping Israel off the map and reclaiming Palestine for the Palestinians. This predominately Islamic confederacy banners the plight of the Palestinians. Concern for the impoverished conditions of their Stateless Palestinian brothers causes them to set their internal disputes aside and formulate a joint military campaign against Israel.

Therefore, any and all events from this point forward regarding the Israeli-Palestinian conflict, which includes the Hamas terrorist organization, should be observed with a keen prophetic eye.

Amidst all the Arab unease, Palestinian terror is resurfacing again after a brief lull. Mideast peace talks between Israel and the Palestinians failed at the close of 2010. SubsequentlyHamas, who fired 6300 rockets into Israel between 2005 and 2008, has resumed its rocket assault at an increased pace again in 2011. 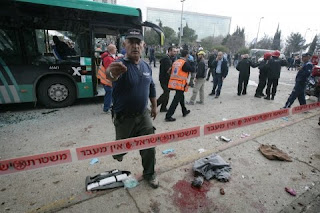 Is this recent wave of Palestinian terrorism and Hamas rocket assaults purposely intended to provoke Israel into another war with Hamas? In December, 2008 Israel waged a 22-day campaign into the Gaza against Hamas. At the time Hamasand their Arab allies were unprepared to ally together in the fight which afforded Israel a lopsided victory. However, since December, 2009 Hamas has entered intobonafide war-pacts with Iran, Hezbollah, and Syria.

Could Hamas have been given the green light by its allies to provoke Israel into another conflict, one that they are all prepared to fight at this time? Hezbollah has 60,000 rockets. Syria possesses the most advanced scud missiles in the world, and Iran is on the verge of going nuclear.

The Psalm 83 prophetic scenario, which appears positioned to occur in the near future, is an attempt to cut Israel off forever from being a nation. However, the destruction of the Jewish people and the confiscation of the Promised Land of Israel is deeply rooted in the angelic conflict. It is a demonic campaign dating back to the time of the Hebrew exodus from Egypt approximately 3500-years ago. Pharaoh and his army attempted to commit Hebrew genocide at the Red Sea. (Exodus 14)

Furthermore, the biblical book of Esther tells us Haman of Persia attempted to do it subsequently during the reign of the Persian Empire. Hitler attempted Jewish genocide during World War II and the prophecy of Psalm 83 will amount to another genocidal attempt, at least as far as the Jews residing in the Middle East are concerned.

Thus says the LORD, Who gives the sun for a light by day, The ordinances of the moon
and the stars for a light by night, Who disturbs the sea, And its waves roar (The LORD
of hosts is His name): “If those ordinances depart From before Me, says the LORD,
Then the seed of Israel shall also cease From being a nation before Me forever.” Thus
says the LORD: “If heaven above can be measured, And the foundations of the earth
searched out beneath, I will also cast off all the seed of Israel For all that they have
done, says the LORD. (Jeremiah 31:35-37, nkjv)

Numerous passages, like Jeremiah’s above, inform us that God has put His holy name upon Israel. Even though Jewish history is riddled with idol worship and apostasy, it isn’t about Israel; it’s about the God of Israel who promised there would always be an Israel.

The elimination of Israel is the one certain way Satan and his fallen angelic cohorts can discredit the God of the Jews and Christians. If they can orchestrate the complete destruction of the Jews, they can claim God’s covenant making character is flawed. If they can prove the Lord lied about Israel, they can also adversely affect Christianity.

Ultimately, accomplishing this feat enables Satan and his minions to declare they were right to depart from God’s supposed perfect plan for them within creation. At that point the rhetorical question could justifiably be asked; “Why should we, or anyone for that matter, be forced to serve the promise breaking God of the bible?”

Certainly one can assume Satan, who somehow manages to exert enormous influence over the whole world according to 1 John 5:19, must be observing all the present Arab unrest closely. He, like the Arab League, ultimately seeks Arab unity. However, in Satan’s case his reasons are primarily focused on the destruction of Israel rather than the plight of the Palestinians. They appear to be used merely as pawns in the grander scheme of the Arab States and the angelic conflict according to Obadiah 1:7.

Present Arab protests could be at odds with Satan’s master campaign against the Jewish State. Unstable Mideast events could force Satan’s Arab trump cards into play sooner than later. It is doubtful internal Arab schisms can continue unabated much longer lest the Arabs destroy too many of themselves and in the process delay his end game attempt of Israel’s destruction. Likely very soon we can anticipate at least the Psalm 83 Arabs will be caused to shift much of their focus from internal strife toward support of the Palestinian plight and hatred of Israel.

It is possible something potentially big is about to occur in the Middle East that shifts Arab eyes on the Palestinian prize of possessing an Arab State. Israel will continue to be viewed as the obstacle to Palestinian Statehood and need to be eliminated as far as the Arab confederacy is concerned. It’s entirely possible that the fallen spiritual hosts of wickedness in the heavenly realm alluded to in Ephesians 6:12 realize they have to act now to prevent further Arab unrest and unite the preponderance of Arabs against Israel. 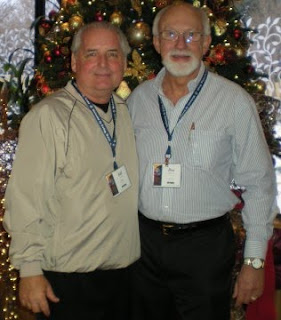 Don’s View of the World

Most of you are already familiar with the recent bombing at the bus station in Jerusalem. As of this writing one British tourist was killed and about 30 other people were injured. I believe we will see more and bolder terrorist attacks against Israel soon. I will tell you why.

Numerous Arab nations are in turmoil today and there is no end in sight. Even Syria is experiencing it and they seem to be almost as repressive as Libya in killing their own people. As described and prophesied in Genesis, we should expect Arab to kill Arab and Muslim to kill Muslim as we see the approach of the end time’s wars of Psalm 83 and Ezekiel 38-39. However, do not be deceived. They share the hate for Israel and will unite (perhaps very loosely) against Israel, perhaps soon.

There is a spirit of jihad sweeping the Middle East under the guise of pro-democracy revolts. While we in the west have an immediate affinity for democracy, the issue is the replacement system. In many of these cases it appears that more radical Islamists will gain control. The Muslim Brotherhood, for example, is seen by the west and many Arab countries as the human guiding force behind the turmoil or, at a minimum, the primary beneficiary.

The spirit of jihad is demonic and it will eventually take on the form of anti-Israeli actions. The new bombing at the bus station is an example of the beginning and that is why we will see more soon accompanied by Israeli counter attacks.

I am certainly not a prophet and I have no divine revelation that I know of into the current events. Nevertheless, remember that Satan is a master at deception even when he stirs up real fighting among Israel’s enemies. But Satan cannot fool God. God already knows Satan’s plan and He will allow it to progress only along a path that fulfills His plan which is the total fulfillment of the prophecies we study. So then, as Watchmen on the Wall, we should be searching the horizon to see through current events and find those things coming upon the earth. Is all this turmoil destined to result in the prophesied end time’s wars? Keep watch and find out.