Welcome to Prewrath Rapture Dot Com. This site will serve the purpose for providing a source where believers can find articles, teaching materials, news items, announcements, and a sense of community from the Prewrath perspective.

This will be a multi-authored blog in which each contributor will publish on various subjects concerning eschatology.

We believe that the nature of the blog will be a refreshingly new Christian site that will eschew any form of sensationalism
.


# Though I don't ascribe to pre-wrath, the site is well written and as all Author generated sites is good for information when tempored with the Holy Spirit and examined against Scripture in your own personal walk and wisdom with knowing Jesus. -MjS

Sometimes our prayers are answered almost as quickly as they’re spoken. Eliezer the servant was sent by Abraham on a special mission: to find a wife for Isaac. As he came to a certain well, Eliezer said, “Lord, let a young virgin come here to draw water and when I say to her, ‘Give me a drink.’ Let her answer, ‘Not only will I give you a drink, but I’ll also draw water for your camels.’ And Lord, let her be the one you have chosen as a bride for Isaac.”

While the servant was yet praying in his heart, a young girl came to the well to draw water. He said to her, “Give me a drink.” She quickly let the water jug down from her head, gave him a drink, and then said, “Not only thee but I will also draw for thy camels.” And she drew water for the camels (Genesis 24:1–20).

This is one of those beautiful, instantaneous answers to prayer that always thrills us. No sooner do the prayers escape the heart than God is answering them.

It is also true that we have prayed many years for certain needs and have not seen the answer. Why is it that some prayers are answered immediately and others seem to be delayed? We pray for some people and they’re healed. We pray for others and they die.

First of all, this demonstrates that we’re not in control of the situation. God is in control and He does according to His own purpose and will. Prayers should never be thought of as changing the purposes of God.

We have a very wrong concept of prayer when we think of it as changing God’s mind, altering God’s purposes, or getting my will done. The true purpose of prayer is to get God’s will done—to open the door for God to accomplish that which He has purposed to do.

Thus, we are led to the conclusion that true prayer begins in the heart of God. God makes known to me what is His purpose, His desire, His wishes. I offer it back to God in prayer, and the cycle is completed. When I pray in this manner, I am in harmony with God’s will. In 1 John 5:14,15 we read,

And this is the confidence that we have in Him, that, if we ask any thing according to His will He heareth us: and if we know that He hear us whatsoever we ask, we know that we have the petitions that we desired of Him.

Actually, I am the one often changed by prayer. Many times as I am praying God will speak to me. He will show me His way and His plan, which is always so much better than what I had in mind. While in prayer, God deals with me and shows me the folly of certain things that I have been insisting, and practically demanding, from Him. I respond, “Thank you, Lord, for not answering me during the last five years.” He knew what was best for me all the time! At this point in my life, as I look back, I am as thankful for the prayers He did not answer as those He did.

God has a plan for this earth, and He has chosen human instruments to do His work. Some people say that God can only work through man. That’s not true. God has chosen to use man. God could work in any way He wants. He is not limited by human instruments. If we fail, God isn’t going to fail. At times in history God has used angels to do His work on earth, such as the destruction of Sodom and Gomorrah.

We must not lay the heavy responsibility of thwarting God’s purpose on any person. We sometimes hear said, “If you fail to help in the purposes of God, the program of God is going to fail, and you’ll be responsible! You’ll have to stand before God and answer for that failure!” That isn’t true. God will accomplish His purpose one way or another.

By choosing to use you to do His will, God is giving you the blessed opportunity of knowing the joy of working together with Him. Then, as results begin to take place, He rewards you as though you did the work! When you get to heaven you’ll be rewarded for those accomplishments, even though it was God who did the whole thing!

When the survival of the Jewish race was being threatened by a cruel edict, Mordecai told Esther, “If you at this point hold your peace, deliverance will come from another quarter. But you’ll be destroyed” (Esther 4:14). He was warning her that when they try to wipe out the Jews, she would not escape the edict, even though she was in the palace.

Likewise, when you fail to do God’s will, deliverance will come from another quarter. You’ll lose the blessing and the reward of being a co-laborer with God, but God’s program and purpose will not fail.

Church of Scientology convicted of fraud 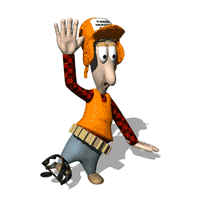 Church of Scientology convicted of fraud in France

The group's French branch immediately announced it would appeal the verdict.

The court convicted the Church of Scientology's French office, its library and six of its leaders of organized fraud. Investigators said the group pressured members into paying large sums of money for questionable financial gain and used "commercial harassment" against recruits.

However, the court did not order the Church of Scientology to shut down, ruling that it would be likely to continue its activities anyway "outside any legal framework."

Prosecutors had urged that the group be dissolved in France and fined euro2 million ($3 million).

The verdict is "an Inquisition of modern times," said Scientology spokeswoman Agnes Bron, referring to efforts to rout out heretics of the Roman Catholic Church in centuries past.

The head of an association that helps victims of sects, Catherine Picard, called the verdict "intelligent."

"Scientology can no longer hide behind freedom of conscience," she said.

The Los Angeles-based Church of Scientology, founded in 1954 by the late science fiction writer L. Ron Hubbard, has been active for decades in Europe, but has struggled to gain status as a religion. It is considered a sect in France and has faced prosecution and difficulties in registering its activities in many countries.

Defense lawyer Patrick Maisonneuve said during the trial that neither the Church of Scientology nor the six leaders on trial had gained financially from the group's practices.

The original complaint in the case dates back more than a decade, when a young woman said she took out loans and spent the equivalent of euro21,000 on books, courses and "purification packages" after being recruited in 1998. When she sought reimbursement and to leave the group, its leadership refused. She was among three eventual plaintiffs.

Olivier Morice, lawyer for civil parties in the case, said the verdict was "historic" because it was the first time in France that the Church of Scientology has been convicted of organized fraud.

Investigating judge Jean-Christophe Hullin spent years examining the group's activities, and in his indictment criticized what he called the Scientologists' "obsession" with financial gain and practices he said were aimed at plunging members into a "state of subjection."

The Church of Scientology teaches that technology can expand the mind and help solve problems. It claims 10 million members around the world, including celebrity devotees Tom Cruise and John Travolta.

Belgium, Germany and other European countries have been criticized by the U.S. State Department for labeling Scientology as a cult or sect and enacting laws to restrict its operations.