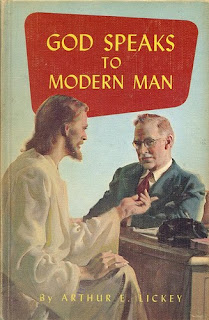 
LANDOVER, Md. – The evangelical movement is at a “head-snapping” generational change with younger evangelicals “revolting” against the tone of the Christian Right, says a prominent religious scholar.

Across the nation, young evangelicals are naming Rick Warren or Bono as their role model for social engagement, rather than a Christian Right leader, says Michael Gerson, senior research fellow in the Center on Faith & International Affairs at the Institute for Global Engagement.

Warren, pastor of Saddleback Church in Lake Forrest, Calif., is known for mobilizing evangelical churches in the battle against HIV/AID in Africa, while U2 frontman Bono is one of the world’s leading anti-poverty activists.

“We are seeing a head-snapping generational change,” contends Gerson, who was a top aide and former speech writer to President George W. Bush. “The model of social engagement of the religious right is increasingly exhausted.”

At the recent biennial Evangelical Leaders Forum, Gerson offered three reasons for the change: a recovery of scriptural emphasis, a revolt against the tone and style of the Religious Right, and the effects of short-term mission trips on young Christians.

According to Gerson, young Americans return from short-term mission trips with a changed worldview. Their exposure to poverty, HIV/AIDS, and economic injustice make them concerned about these issues and want to improve the problems.

But Gerson quickly clarified that the movement to care about a broader set of issues, beyond abortion and family, is not an innovation but an evangelical tradition.

John Wesley, the founder of the Methodist movement was an opponent of slavery who had encouraged William Wilberforce to end it, Gerson pointed out. And Wilberforce was motivated by his evangelical conviction to lead the British movement to abolish the slave trade.

Other Christian leaders in history have led movements for women’s suffrage, minimum wage, and opposition to capital punishment.

“This combination of moral conservatism with social activism is the evangelical tradition,” asserted Gerson, who was a biblical studies and theology major at Wheaton College.

“Evangelical social engagement is becoming broader, but this is not an innovation but a revival. Not a fresh track in the snow, but a rugged path of history.”

The new generation of evangelicals is simply returning to the movement’s past tradition and adding social justice to moral conservatism, he concluded.

Gerson spoke on the last day of the two-day, invitation-only Evangelical Leaders Forum organized by the National Association of Evangelicals. Some 200 evangelical leaders attended the Oct. 8-9 event hosted at the First Baptist Church of Glenarden in Landover, Md. This year’s theme was “Christian Justice in Difficult Times.”

Why Sean Osborne is wrong. ( Why YOU PROVE all things) 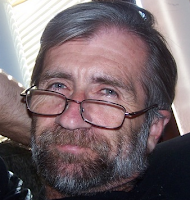 Why Sean Osborne is wrong.

In Bible Prophecy there are ALOT of people making ALOT of money on speculations and opinions which means YOU THE READER, must prove what is true and prove what is wrong.

The Bible is true, Interpreting it, at best, is usually wrong. The Bible says what it means and in this case, If Sean would leave it alone, He would have been fine.

But he chose to interpret it according to Sean Osborne.

I do post some of Sean's material as I do Bible Prophecy Today, but when a person is wrong, well, they are wrong. I have been there, I am more careful now than ever before because I do not make money off posting or selling, I present Jesus and the Accuracy of the Bible.

If I can present Jesus as the reason for Prophecy and the fufillment of it, I know I am on safe ground and the Holy Spirit can work out the details in the readers life.

But when in these say we live in people speculate and imply it is true, well, Good luck if you aren't revealing Jesus by it because frankly I will let the Bible Prove itself with no man interpreting it.

Because I do I have to mention this post is wrong:

After reading the above post, if you have no other proof: Google Armenia Origins and you can find how easy it was to prove Sean Osborne, wrong.

The Armenian people have been described throughout the centuries as adaptable, resilient, enterprising, and steadfast. How they managed to survive repeated invasions, destruction, and persecution, while large and more powerful states disappeared and how they were able to make significant contributions to world civilization is a tribute to the Armenian people.
The Armenians are one of the few peoples of antiquity who, together with their language and culture, have survived to the present day. While their existence as a national, political, and cultural entity dates from the first millennium before Christ, recently accumulated evidence offers conclusive proof that the civilizations erected by the immediate predecessors of the Armenians go back to the second and third millennia B.C.
Archaeological excavations in Armenia reveal that the Armenian plateau in Eastern Anatolla has been one of the earliest cradles of civilization going back as far as the Early Stone Age.
Historians write that from the sixth to the second millennia B.C., the Armenian plateau was inhabited by a multiracial, indigenous population which, in addition to elements in common with other peoples, developed a specific culture. Armenians were described as people with dark complexion, prominent nose, high head and flattened occiput. During this formative period, the Armenian people associated themselves with metallurgy, various crafts, and sciences. Armenians have been described through the centuries as adaptable, resilient, enterprising, and steadfast. Armenians hold the distinction of being the first nation to declare Christianity as its state religion. How Armenians managed to survive while larger and more powerful states disappeared, and how, at the same time, they were able to make significant contributions to world civilization is a tribute to the Armenian people.
As with many ancient peoples, the origin of the Armenians contains elements of myth and unresolved scholarly arguments. Many historians give a rather over-simplified account of the origin of the Armenian people. According to the Greek Historian, Herodotus, the Armenians had originally lived in Thrace from where they crossed to Phrygia in Asia Minor and had then gradually moved west of the Euphrates River to what became Armenia. The Historian states that Armenians came from two directions, one group from the west, or Phrygia, and the other from the Southeast, or the Mesopotamian and Zagros region. In other words, according to the ancient Greeks, the Armenians were not the original inhabitants of the region.
Other Historians indicate that from the ninth to the sixth centuries B.C., a large part of historical Armenia, called Ararat by its contemporary neighbors, comprised the Kingdom of Urartu. This Kingdom disintegrated during the middle of the sixth century whereupon the native tribes, including the Armen and the Nayiri groups were unified and became part of the dominant Hayassa group.
Their Indo-European language was imposed on the conquered Urartuans, who spoke a non-Aryan language. Thus did the Armenian Nation take form, its people being the political, ethnic, and cultural successors to the Hurrians, pre-Hittites, Hayassas, Nayiris and Urartuans. This newly formed nation was called "Hai" after the name of the Hayassa tribal federation and the country "Hayastan". The neighboring peoples called the Armenians "Armen" and their country "Armenia" after the Armens.
The Armenian version of the origins of the Armenian people, which was written between the fifth and eight centuries A.D., describes the Armenian people as being descendants of Japeth, a son of Noah. After the Ark had landed on Mt. Ararat, Noah’s family settled first in Armenia and generations later moved south to the land of Babylon. The leader of the Armenians, Haik, a descendant of Japeth, unhappy with the tyranny and evil in Babylon, rebelled and decided to return to the land of the Ark.
The evil Bel, leader of the Babylonians, pursued Haik. In the ensuing war, good conquered evil when Haik killed Bel and created an Armenian Nation. Haik became the first Armenian ruler and his sons continued to lead the Armenians until King Paruir, a descendant of Haik, formed the first Kingdom of Armenia.
The first Armenian settlers came to America as early as the seventeenth century. Thereafter, bands of Armenian workers, merchants and students arrived initially in small numbers toward the end of the nineteenth century. The Massacres of 1894-1896 and the genocide of the Armenians in Turkey in 1915 drove even more immigrants to America.
Today, Armenians can be found in every corner of the globe. Although, the Armenian people are a very small ethnic group, Armenians have made significant contributions in every field of endeavor. Long known as excellent educators, scientists, artisans, musicians, and merchants, Armenians have used their skills to benefit the countries that have given them a home.

A History of the Armenian People, Volume I, Pre-History to 1500 A.D., by George A. Bournoutian

Now WHY Sean is Wrong is because he neglects to tell you it is "his opinion" rather than this:


Armenia (see map) is one of the nations named by Ezekiel which many eschatologists have thus far erroneously applied in an interpretation of Ezekiel 38:6 as being modern eastern Turkey. Armenia is, in Biblical fact, a nation descended from and identified as both Gomer and Togarmah!

In historical point-of-fact, the Armenian nation predates by a few thousand years the establishment of a Turkish state in Asia Minor. It is in ancient Armenia, historically centered around Lake Van, that Noah's ark came to rest on Mt. Ararat after The Flood. The Armenian's have for millennia held the belief that they are the direct descendants of Noah's son Japheth through his son Gomer through one of his descendants known by the name of Haik. Haik (pronounced "high,") is the name the Armenians use to identify their own nationality). Haik was the son of a man named Togarmah. Also in ancient times Armenia was known as Urartu (Arartu) by the peoples of this northern Middle Eastern regions, and as the Kingdom of Ararat in the Old Testament. The Kingdom of Ararat was named in Jeremiah 51:27 along with the ancient nations of Minniy (a part of Armenia) and Ashkenaz (a nation in the same region also descended from Japheth).

The "matter of fact" is not clear, this is called a "logic bomb" to assert something not proven, then go on stating a opinion as though it is true. Never admiting the first is supposition.

Some call it a spin, some fancy editing, I think it is just error and a mistake.

Why? Others, as Sean states, disgree with Him and while he asserts an opinion to disprove "experts" he ignores the fact even Armenians posted their history above as "mixed".

The Bible Says  from the far north , If YOU LIKE SEANS INTERPRETATION OF FAR NORTH BEING HALFWAY NORTH TO RUSSIA.....Well....ahhh Ok.


Far North is far north and the bible as the source doesn't say near north, sort of north, middle north or Noahs Ark..

THE WORD OF GOD SAYS FAR NORTH and this is pretty obvious to the rest of us.

Maybe you would like to interpret it, but if you do, be sure to google your ideas before you post them, there may be more to the picture than people claiming there are descended from apes, noahs ark, Missing Tribes or some other "good idea"