When I arrived with my team to preach the gospel at Huntington Beach recently, we noticed 4-5 atheists were standing with 4-5 signs, which said that they had found contentment in life, and were good people. The signs then said, "Ask me why." One of the atheists (Bruce) had kindly taken me to lunch a year or so earlier. He and another member of the group (Jordan) heckled me, and then went back to stand beside their signs.

Someone asked me why they would bother to go to such trouble when they didn’t believe that God existed. As I watched Bruce share his worldview with four pretty females, it was no mystery. That didn’t worry me. What did concern me was that he had a Bible in his hand that had so many paper markers sticking out of its pages, it looked like a spring cabbage. Those markers were Bruce’s "evidence" as to why there was no God. He was like a dying man who nit-picked a doctor’s prescription, that provided a cure to his otherwise terminal disease.

However, thanks to Bruce and his Bible, I was inspired during the following night to begin a comprehensive atheist Bible study on the Gospel of Luke. Why Luke? Because that’s what I had been reading and thinking of how atheists should read this wonderful book.

So, we are going to give Luke an autopsy and dissect every verse, scrutinize it, find out its meaning, and leave the conclusion to the skeptic who has dared to set aside his prejudices and look solely at the evidence, wherever it may lead him. My hope is that, as with each of the four gospels, it will lead you to the cross. Feel free to join me. Get your scalpel ready. Here goes:

The Gospel of Luke

1 Inasmuch as many have taken in hand to set in order a narrative of those things which have been fulfilled among us, 2 just as those who from the beginning were eyewitnesses and ministers of the word delivered them to us, 3 it seemed good to me also, having had perfect understanding of all things from the very first, to write to you an orderly account, most excellent Theophilus, 4 that you may know the certainty of those things in which you were instructed. (Luke 1:1-4).

Many times I have heard skeptics say that the Bible was written by men. They are right. It was written by men, however, it says of itself that it was given by "inspiration" of God (see 2 Timothy 3:16). And, no, it’s not "circular reasoning" for the Bible to disclose the Author; every book does exactly the same thing.

God was the author, and men were simply the "pens" He used to communicate His Word to humanity. Does it live up to this claim? After searching the Scriptures daily for almost 40 years, I am persuaded beyond doubt that it does.

Luke was also the (Ghost-writing) author of the Book of Acts. As a doctor, his narrative is methodical, and very meticulous. The book was written around 60 years after Christ (1).

It begins, as does the Book of Acts, by addressing a man named "Theophilus." It would seem that this "most excellent Theophilus" was a Roman official, and not merely a friend or associate of Luke. Yet nothing is known about him from other historical evidence. Perhaps he was simply a Roman officer who expressed an interest in Christianity, and who better to write to him than a man who said that he "had perfect understanding of all things from the very first"? So the question comes down to, do we trust Doctor Luke? Should we unquestioningly swallow everything he prescribes in this letter? Of course not. More than 200,000 people die each year because they trusted the medical profession(2). Honest skepticism is healthy.

(1). See www.harvardhouse.com/Luke_date-written.htm
(2). "An average of 195,000 people in the USA died due to potentially preventable, in-hospital medical errors in each of the years 2000, 2001 and 2002, according to a new study of 37 million patient records that was released today by HealthGrades, the healthcare quality company." http://www.medicalnewstoday.com/articles/11856.php
Posted by Michael James Stone Links to this post

Taking it to the streets...err beach.

One Of My Faves

Love it! Mark Spence is the Dean of the School of Biblical Evangelism.
Posted by Michael James Stone Links to this post 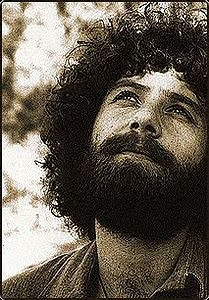 By Anne Thomas
Christian Today Reporter
Operation Mobilization has dispatched some 250 Christians to be full-time missionaries around the world. They include 35 Christians from the U.K. and one lady from Trinidad who even sold her own business so that she could work alongside OM in Cambodia.
"Each had heard and answered God’s call to join the Great Commission," said a spokesman for OM.
At the end of August, the missionaries came together in De Kroeze in the Netherlands to learn about cross-cultural communication and God's heart for mission.

They also prepared themselves for some of the challenges they would face while proclaiming Christ overseas by taking part in daily Bible studies, discussion seminars and setting an entire day aside for prayer.

Destinations include France and countries in East Europe, Central Asia and the Near East. Several of the new missionaries from the U.K. were inspired to join OM after the ministry's new ship, Logos Hope, stopped at U.K. ports earlier in the year. They flew out after the conference to join the ship in the Caribbean.

One Christian joining the OM team said of her visit to Logos Hope: "It was amazing to be with the people of God from so many nations! I loved the focus on knowing God and loving people."

Operation Mobilization motivates and equips people to share God’s love with people all over the world. There are presently 5,400 Christians serving with OM in 110 countries and onboard two ministry ships.
Posted by Michael James Stone Links to this post

Building a Foundation for Change – Part One ~ Rick Warren

Building a Foundation for Change – Part One

By Rick Warren
Christian Post Guest Columnist
Some time back, I received the following letter.

Enlarge this Image
Every day I wake up with good intentions to change my ways. I think today is going to be different. But it never is. Somehow and someway, I fall back into my same old ways of relating to people and my old bad habits. Sometimes I feel like there’s a tug-of-war inside me. I really want to do what’s best, but I always end up disappointing myself and God. I’ve tried everything – prayer, resolution, self-help tapes, and even hypnosis. Nothing seems to work. Why do I keep making the same bad mistakes? Why am I so resistant to change? Why do I do the things that I know are bad for me? I’m very discouraged. Pastor Rick, I need help.


Do you ever feel like that? Do you have anyone in your church who feels like that? The fact is, good intentions are never good enough. The kind of change that God wants to see in your life, in my life, and in the lives of people in our churches does not happen by simple willpower. The truth is we all have hurts, habits, and hang-ups that keep us from being everything that God has created us to be. These hurts, habits, and hang-ups ensnare pastors as well – and we won’t change simply by trying harder.

The Bible says, “If the Son sets you free, you will indeed be free” (John 8:36 NIV). But if you look around in many of our churches, we have a lot of people sitting in chains. We’re not living free. I’ve seen people who have been Christians for 20 years, and they still have the same habits, the same struggles, and the same carnality that everyone else does. They are simply not growing.

Jesus says, “I will set you free,” but most of us don’t really feel free, and we certainly don’t live free. Instead, we feel more like Paul. In Romans chapter 7, Paul says, “I don’t understand myself at all, for I really want to do what is right, but I don’t do it. Instead, I do the very thing I hate. I know perfectly well that what I am doing is wrong, and my bad conscience shows that I agree that the law is good. But I can’t help myself, because it is sin inside me that makes me do these evil things … No matter which way I turn, I can’t make myself do right. I want to, but I can’t. When I want to do good, I don’t. And when I try not to do wrong, I do it anyway.”

All of us know where Paul is coming from. In every human being there’s a civil war going on inside – between what is good and what is bad, between God and Satan. The changes that God wants to see happen in your life, and in the lives of the people in your church and your community, are going to take more than prayer.
Just attending church isn’t the answer either. I grew up in a pastor’s home, and I’ve been around church people all my life. I realized pretty early that there were people who had been in church all their life and they were just as envious, just as angry, and just as cantankerous as everyone else. Church alone doesn’t change you.

How to experience real life change


In fact, as you keep reading in Romans 7, Paul tells you what the answer to real life change is. And Paul’s answer for life change is the same as ours and the same as the answer for the people sitting in our church each weekend. He says, “Thank God! The answer is in Jesus Christ our Lord” (Romans 7:25).
Jesus is the answer. You and I have to show people how Jesus brings about lasting change. Jesus uses a process to change our lives. Most of us don’t understand that process, though. And we can’t cooperate with that process if we don’t understand it. This fall at Saddleback we’re going to look at that process, found in Jesus’ Sermon on the Mount, during a spiritual growth experience called Life’s Healing Choices.Churches like yours can be a part of this time of transformation.

As we prepare for the September launch, we’re going to look at the foundations of change that will lay the groundwork for the fall campaign. These foundations have been part of Saddleback for the past 30 years. We’ve seen more than 20,000 believers baptized at Saddleback over the past 30 years. But we haven’t just brought them into the church. We’ve built them up, trained them for ministry, and sent them around the world on mission. We’ve sent over 8,000 Saddleback members to 69 countries. Life change has been at the center of what we’ve done.
Posted by Michael James Stone Links to this post