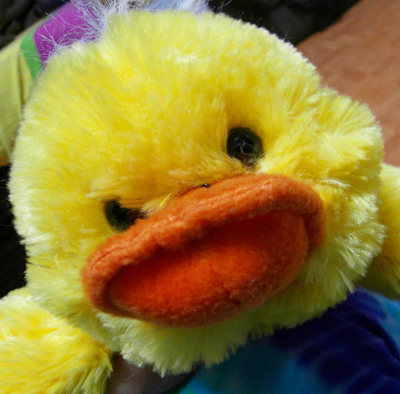 Did I get the Wrong Gospel, the wrong Jesus and the wrong message with the wrong hope and I could have been a Rich man?

Oy ve, I coulda signed up to be a Pro type fessional Christian with lots motsa or followed my family tradition and been a Rich Jew?

Who talke me into this "Jesus Freak" stuff where I deny myself, take up my cross and follow Him....Inquiring minds want to know...


AND can I sign up for a "guranteed" twitter Donald Trunp course on how to make millions rather than invest in making people miserable by living forever and avoiding hell....

Is this following God such a good deal? I hear he don't pay so good..........freely this and freely that..........what kinda business is the big guy running anyways?

It Promises Far Too Little - The False Gospel of Prosperity Theology

"God knows where the money is, and he knows how to get the money to you." That was the message of Gloria Copeland as she was speaking at the Southwest Believers' Convention recently held in Fort Worth, Texas. The event drew the attention of The New York Times and reporter Laurie Goodstein contributed a compelling report about the meeting and its message.

The Southwest Believers' Convention drew a crowd of more than 9,000 to hear an "all-star lineup" of preachers deliver the message of the prosperity gospel. One by one, the preachers and the speakers enticed the gathered thousands by offering them the assurance that God wants them rich -- even fabulously rich.

As Goodstein reports, the preachers were not shy about drawing attention to the luxurious lives they lead. "Private airplanes and boats. A motorcycle sent by an anonymous supporter. Vacations in Hawaii and cruises in Alaska. Designer handbags. A ring of emeralds and diamonds." According to the preachers of the prosperity gospel, these are merely examples of the riches and rewards that come to those who have sufficient faith -- and invest sufficient funds in the ministries of the prosperity preachers.

The New York Times took note of the fact that the current recession and financial distress did not keep the crowd from attending the Southwest Believers' Convention. The event is part of the ministry of Kenneth and Gloria Copeland, described by Laurie Goodstein as the "current patriarch and matriarch" of the prosperity gospel. The paper summarized their message as the promise that if an individual has sufficient faith in God and donates generously, God will reward that generosity by multiplying the offerings a hundredfold.

Those who might curtail their donations during the recession were warned of the spiritual consequences. "Fear will make you stingy," said Kenneth Copeland.

Goodstein's report included the story of Edwige Ndoudi, who attended the meeting with her husband and three children. Pointing to the prosperity experienced by the Copeland's, Ndoudi asserted: "If God did it for them, He will do it for us." Similarly, Stephen and Millie Biellier brought their family from Missouri with the confidence that 2009 could be their "overcoming year," even though they are $102,000 in debt. They credit the Copelands with rescuing them from a financial crisis two decades ago, and are now among the Copelands' "partners" in ministry. The Biellers spoke of their excitement as they participated in an effort to buy the Copeland ministry a Citation X airplane. They joined the "Elite CX Team" after Mrs. Biellier said she heard the Holy Spirit tell her, "You were born to support this man." The couple gave $2,000 toward the airplane and recently gave $1,800 toward the ministry's purchase of high-definition television equipment. She is proud that the Copelands fly on a private jet, explaining that "trashy people like Hugh Hefner" also have private airplanes.

Prosperity theology is not new, and it comes to the attention of the secular media again and again. In 2006 TIME magazine published a major cover story on prosperity theology, documenting its development and tracing its influence. As David Van Biema and Jeff Chu explained, prosperity theology "is a peculiarly American theology but turbocharged." This "turbocharged" theology offers a false hope, presents a failed message, and is a False Gospel.

The prosperity gospel usually comes packaged in terms of the word-faith or faith-promise theology developed early in the 20th century by preachers such as E. W. Kenyon. Kenyon drew from the tradition of New Thought associated with movements such as Christian Science. In one sense, he attempted to bring elements drawn from positive thinking movements into his message, mixing New Thought with Christianity. Kenyon promoted his "new type of Christianity" and found a ready following, especially among those who were experiencing financial distress or poverty. Kenyon, who died in 1948, exerted a significant influence on prosperity preachers such as Kenneth Hagin, Oral Roberts, and Kenneth Copeland (who was once Oral Roberts personal pilot).

Prosperity theology is now preached by a wide assortment of televangelists and local figures who assure congregations that God promises to make them healthy and wealthy, if only they will possess and demonstrate adequate faith. A significant number of these preachers have departed from Christian orthodoxy altogether, adopting Trinitarian and Christological heresies. The entire movement presents the Gospel as a message that is primarily about earthly rewards -- a theology that turns God into a heavenly banker who is obligated to invest His people with material riches if they possess adequate faith and claim these blessings for their own.

Sincere believers in Christ are found among both the impoverished and the wealthy, but the vast multitude of Christian believers throughout the ages have experienced nothing that can be described as material wealth. Their hope was and is established in Christ, who accomplished their salvation from sin and secures their hopes for eternal life through His death and resurrection.

Prosperity theology is a False Gospel. Its message is unbiblical and its promises fail. God never assures his people of material abundance or physical health. Instead, Christians are promised the riches of Christ, the gift of eternal life, and the assurance of glory in the eternal presence of the living God.

In the end, the biggest problem with prosperity theology is not that it promises too much, but that it promises far too little. The Gospel of Jesus Christ offers salvation from sin, not a platform for earthly prosperity. While we should seek to understand what drives so many into this movement, we must never for a moment fail to see its message for what it is -- a false and failed gospel.

R. Albert Mohler, Jr. is president of The Southern Baptist Theological Seminary in Louisville, Kentucky. For more articles and resources by Dr. Mohler, and for information on The Albert Mohler Program, a daily national radio program broadcast on the Salem Radio Network, go to www.albertmohler.com. For information on The Southern Baptist Theological Seminary, go to www.sbts.edu. Send feedback to mail@albertmohler.com. Original Source: www.albertmohler.com.
Posted by Michael James Stone Links to this post