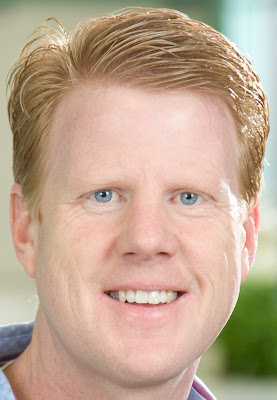 Rev. Jonathan Falwell has followed his father's footsteps to Washington, delivering the opening prayer Wednesday for the U.S. House of Representatives.

Falwell took over as pastor of Thomas Road Baptist Church in Lynchburg, Virginia, after his father, the Rev. Jerry Falwell, died in 2007. The younger Falwell didn't know if his father had ever delivered the opening prayer. But Jerry Falwell founded the Moral Majority, which mobilized Christians to elect conservative leaders in the 1980s. Jerry Falwell's widow, Macel, was in the House gallery Wednesday to see their son give the invocation.

During his prayer, Jonathan Falwell asked God to forgive the nation's sins and guide its leaders.

"We know as our forefathers knew and as the scriptures tell us that righteousness exalts a nation, but sin is a reproach to any people," Falwell prayed. "And so today we ask Your forgiveness for the sins that we as a people and we as a nation have committed. We seek Your wisdom and Your guidance in all that takes place in this room. We ask You to be a lamp unto our feet and a light unto our path. Above all, we ask You to continue to bless this great land that we call home."

He then concluded his prayer in Jesus' name.

A Note from David Brickner

Did you hear the hubbub over newly released tapes that recorded more of the conversation between former President Richard Nixon and evangelist Billy Graham? For many, the focus was on anti-Semitic attitudes that appeared in the conversation. But the mention of Jews for Jesus in these tapes sheds an interesting light on how and why many Christian leaders today shy away from Jewish evangelism. (If you didn’t know that Jews for Jesus was mentioned in these tapes and would like to read about it, click here)

The pressure often comes in the form of friendship proffered or withheld based on where one stands when it comes to evangelizing Jewish people. Nearly four decades later, we are seeing the “fruits” of this type of pressure as many Christian leaders are urging other Christians to demonstrate love and

respect for Jewish people by keeping silent about the gospel. Rich Robinson, scholar-in-residence with Jews for Jesus, has some keen insight into this trend. I want to commend the following book review, in which Rich shows how Christians can inadvertently diminish their love for the unsaved as well as their own obedience to the Savior:

The title of this book may imply that Jewish people have ten burning questions for Christian Zionists. A closer look shows that the “10 Questions Jews need answered” are actually ten assurances that the author believes Christians need to offer the Jewish people. The author poses these questions as springboards from which to show Christians how to relate to Jewish people.

The Rev. Billy Graham informed Richard Nixon of the Jewish community's concern about Jews for Jesus in a private telephone conversation in February 1973. Graham represented the group as being "set up all over the country," at a time when the organization was in its fledgling stage, with just a handful of workers.

The 20-minute conversation, released on Tuesday as part of 154 hours of tape recordings from the Nixon White House, took place on February 21, 1973, the day Israeli jets fired on a Libyan passenger plane that violated its airspace, causing the plane to crash and killing 108 people on board. Nixon and Graham are concerned that this event will turn world opinion against Israel.

They are also troubled by statements by Jewish leaders, in particular the late Rabbi Marc Tannenbaum, then the director of Interreligious Affairs for the American Jewish Committee, denouncing Christian efforts to tell others, including Jews, about Jesus. They feel this may alienate the Christian community against the Jewish people.

Nixon and Graham were anticipating seeing Tannenbaum the following week at a dinner for Israeli Prime Minister Golda Meir. Nixon tells Graham: "You tell him he's making a terrible mistake, and they're going to get the darndest round of anti-Semitism here if they don't behave." Graham explains to Nixon the concern of Tannenbaum and other Jewish leaders:

"And one of the things they're terribly afraid of is so many of these Jewish young people are turning away from Judaism. They're not turning away from Jewishness. They say they're remaining Jews, but they're becoming followers of Jesus. Well, that's just scaring them to death."

Graham continues, "They've set up all over the country, these Jews for Jesus at the various universities.... And this is frightening Jewish leaders, and they're overreacting in this country. I'm talking about the rabbis."

Moishe Rosen, the founder of Jews for Jesus and the director of the organization at that time, explains why a handful of staff could appear to be "all over the country."

"Our traveling musical team, the Liberated Wailing Wall, set up a number of church meetings," recalls Rosen, "and during the day we would go to the campuses. The group had some meetings in Texas, then traveled to Washington, Boston, and back to our headquarters in San Francisco. We probably appeared on fifty campuses in a three-month period. We were seen by a lot of people, but it was the same group!"

Rosen and Graham traded correspondence beginning in late 1977 after Rabbi Tannenbaum made a speech in which he referred to Graham's "repudiation of proselytizing of Jewish people through the deceptive techniques of such movements as Jews for Jesus." An article in McCall's magazine in January 1978 made a similar claim that "Billy is particularly opposed to evangelical groups such as 'Jews for Jesus' who have made Jews the special target of their proselytizing efforts."

In a letter to Rosen dated January 24, 1978, Graham said, "I regret that alleged statements by me concerning your ministry have caused you one minute's embarrassment or grief. So many people have reported to me what a blessing you and your group have been to them.... I can never recall ever criticizing your group by name in public or private!... Sometimes texts are taken out of the context to mean something more or less than was meant."

In the same letter, Graham said, "I have never publicly supported special missions to Jews—I preach to people as people! But you will notice when I give an invitation in my Crusades to accept Christ I usually say 'whether you are Catholic, Protestant or Jew.'"

Why Marriage Matters, State of Our Unions ~Chuck Colson

State of Our Unions

Say you’re having a conversation with a non-believing friend or a co-worker, and you want to defend the traditional Christian view of marriage. You are well prepared to appeal to Scripture-to talk about how God made man and woman, how He instituted marriage.

But your argument falls flat. Especially since your friend doesn’t believe there is a God in the first place, or believe the Bible.

Which is why sometimes the best arguments we Christians can make are prudential ones-those that appeal to common sense and the common good.

So the next time you talk about the importance of traditional marriage with a non-believer, be ready to cite the July 13th cover story from Time magazine.

In her article, “Why Marriage Matters,” Caitlin Flanagan provides a powerful, prudential defense of traditional marriage. Reflecting on the painfully public infidelities of Governor Sanford, Senator Ensign, and others, Flanagan laments the state of marriage in America and shows why its deterioration should concern us all.

She writes, “There is no other single force causing as much measurable hardship and misery in this country as the collapse of marriage.” That collapse “hurts children, it reduces mothers’ financial security, and it has landed with particular devastation on those who can bear it the least: the nation’s underclass.”

And Flanagan isn’t shy about showing how marriage benefits children. She writes, “On every single significant outcome related to short-term well-being and long-term success, children from intact, two-parent families outperform those from single-parent households.”

She also believes that “few things hamper a child as much as not having a father at home.” I’ve seen this over and over in 30 years in our nation’s prisons.

And the voices corroborating this come from unlikely allies. Flanagan cites one feminist, Maria Kefalas, who confessed, “Women always tell me, ‘I can be a mother and a father to a child,’ but it’s not true. The mom may not need that man, but her children still do.”

Flanagan also challenges her readers by asking what is the fundamental purpose of marriage. If it’s “simply an institution” to make us happy, then she writes, we “might as well hold the wake” for traditional marriage right now.

If, however, marriage is “an institution that still hews to its old intention and function,” that is, “to raise the next generation, to protect and teach it, to instill in it the habits of conduct and character that will ensure the generation’s safe passage into adulthood”-well, that’s something worth defending and sacrificing for.

What seems like a juggernaut for gay “marriage” is aimed at us. This is a good time for us to give good, prudential arguments to our friends, neighbors, and churches. And don’t let up or accept the inevitability. Keep on fighting-truth is on our side.