Blessed are the Merciful

Now when he saw the crowds, he went up on a mountainside and sat down. His disciples came to him, and he began to teach them saying:

"Blessed are the poor in spirit, for theirs is the kingdom of heaven.

Blessed are those who mourn, for they will be comforted.

Blessed are the meek, for they will inherit the earth.

Blessed are those who hunger and thirst for righteousness, for they will be filled.

Blessed are the merciful, for they will be shown mercy.

Blessed are the pure in heart, for they will see God.

Blessed are the peacemakers, for they will be called sons of God.

Blessed are those who are persecuted because of righteousness, for theirs is the kingdom of heaven.

Blessed are you when people insult you, persecute you and falsely say all kinds of evil against you because of me.

Matthew 5:1-11
Change is an ongoing and often painful process. Especially when it involves ones own thoughts and perceptions.

The seasons with their feast times come and go at their appointed time and I worry about trivia - are we doing this right? is this the right reading? how 'exactly' is this said? Yet this last week I have had a growing conviction that for me the 'season of tesuavah' has begun early.

To be honest, I have never been in favour of capital punishment. I think it barbaric. Taking the life of another - for whatever reason - seems to me to go against the basic concept of 'thou SHALT NOT kill' command.

It has been postulated by many, that 'the eye for an eye, tooth for a tooth' taken from Exodus 21:24 should be applied. But on closer inspection, it has been ta 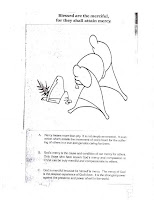 ken out of context and clearly it refers to the injuries sustained by a pregnant woman if she gets hurt by men who are fighting:

22 "If men who are fighting hit a pregnant woman and she gives birth prematurely but there is no serious injury, the offender must be fined whatever the woman's husband demands and the court allows. 23 But if there is serious injury, you are to take life for life, 24 eye for eye, tooth for tooth, hand for hand, foot for foot, 25 burn for burn, wound for wound, bruise for bruise.

Exodus 21:22-25
In truth the remedy for killing another is clearly laid out in verse 12-14 (complete with instructions on how to deal with accidental killing).

12 "Anyone who strikes a man and kills him shall surely be put to death. 13 However, if he does not do it intentionally, but God lets it happen, he is to flee to a place I will designate. 14 But if a man schemes and kills another man deliberately, take him away from my altar and put him to death.

Actually, if you go on to read a little further - taking the life of another is not the only crime that is punishable by death:

15 "Anyone who attacks his father or his mother must be put to death.

16 "Anyone who kidnaps another and either sells him or still has him when he is caught must be put to death.

17 "Anyone who curses his father or mother must be put to death.

Many of our laws today still reflect these basic principles. Harsh barbaric laws for a harsh barbaric people. (Refers: Exodus 21:1-35)

Have we, as the human race, not learnt ANYTHING at all about loving each other in over 6000?

The B'rit Hadashah takes us in a new direction. I find I view it not as scripture that replaces these seemingly old and archaic laws - but as a codicil - further additions to the laws and the whole of Matthew 5 makes my point in case....

Yeshua, our rabbi - our teacher commands it thus:

38"You have heard that it was said, 'Eye for eye, and tooth for tooth. 39But I tell you, Do not resist an evil person. If someone strikes you on the right cheek, turn to him the other also. 40And if someone wants to sue you and take your tunic, let him have your cloak as well. 41If someone forces you to go one mile, go with him two miles. 42Give to the one who asks you, and do not turn away from the one who wants to borrow from you.

But our rabbi, like all great teachers sets the bar of expectations high. Very HIGH indeed.

43"You have heard that it was said, 'Love your neighbor and hate your enemy.' 44But I tell you: Love your enemies and pray for those who persecute you, 45that you may be sons of your Father in heaven. He causes his sun to rise on the evil and the good, and sends rain on the righteous and the unrighteous. 46If you love those who love you, what reward will you get? Are not even the tax collectors doing that? 47And if you greet only your brothers, what are you doing more than others? Do not even pagans do that? 48Be perfect, therefore, as your heavenly Father is perfect.


I think I may well have answered my own question:

But, the question remains - what should we 'do' with those who break these laws?

I propose that we should do something radical. We should 'Be merciful.'


5 Is this the kind of fast I have chosen,
only a day for a man to humble himself?
Is it only for bowing one's head like a reed
and for lying on sackcloth and ashes?
Is that what you call a fast,
a day acceptable to the LORD ?

6 "Is not this the kind of fasting I have chosen:
to loose the chains of injustice
and untie the cords of the yoke,
to set the oppressed free
and break every yoke?

7 Is it not to share your food with the hungry
and to provide the poor wanderer with shelter—
when you see the naked, to clothe him,
and not to turn away from your own flesh and blood? 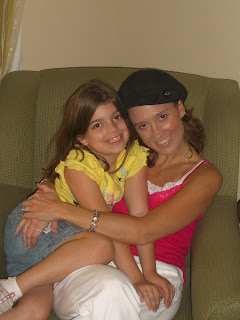 Such an amazing verse that so many take in different views.

Proverbs 4:23 Above all else, guard your heart, for it is the wellspring of life.

But really, what does that mean to you? If I had read this before I came to Christ...I would be saying "THIS HEART IS MINE..YOU WILL NOT HURT ANYMORE...I HAVE CONTROL OF IT ALL..MY TRUST IS IN NO ONE BUT ME..." that is just a tiny bit of past thought. Back when my ex announced his cheating on me...I guarded my heart for years and years to come...not letting it be open to him, to people, to myself, most of all...to our Lord and Savior...Jesus Christ.

I have learned over the years thru big mistakes of my own, how we are all sinners. Didn't have to read that in the Bible to realize that. Sure, they are all equal in God's eyes, but at times, don't you feel like what you've done, or a friend, or family member...repeatedly, seems to be a "higher" up sin in ranking for God? Seems like a larger checkmark on the chalkboard for someone should happen from Christ sometimes...but He doesn't judge...as we shouldn't, as for we should be more and more Christ-Like.

But it hurts when loved ones hurt us. When they don't follow thru. When they lie. When they don't communicate with their children in divorces...just move on. There is so much pain...and we always seem to want to point a finger somewhere. Instead of understanding...we have been there too. We have hurt people as well. We have hurt Christ...but He so forgives us every moment as His children. Why can't we be more like Him? Why do we have to get hit hard to realize WOW...I was warned that person would hurt me...because they are going thru tough times, or on drugs, or abused, confused, not into Christ, etc....We seem to have to also go thru something "hands on" even when we get pre-warnings from others who know what the outcome may be with certain choices. But we have to live and learn. We have to, yes, guard our hearts...but for those who we love, our family, friends, Christ-sisters and brothers, etc..but when anyone..family or not, come in and shake you...YOU GUARD THAT HEART FULL OF FAITH AND LOVE FOR OUR LORD JESUS CHRIST...and you don't let Satan work thru someone to knock the amazing plans Christ has for you...onto a longer misguided road. You love ALL thru Christ--for Christ. But you do not let anyone take HIM OUT OF YOUR HEART...to affect your life, your family, YOUR FAITH!

So my initial thought on guarding my heart was very selfish and out of bounds. But we all do it...when we have to guard it for our love for Christ...as we give our hearts to Him. He is our life, our everything...never let anyone lead you astray!

Colossians 2: 8
Don't let anyone lead you astray with empty philosophy and high-sounding nonsense that come from human thinking and from the evil powers of this world, and not from Christ.

God bless you all...I am so blessed to be connected with each and everyone of you!

Blessing and Love thru Christ,