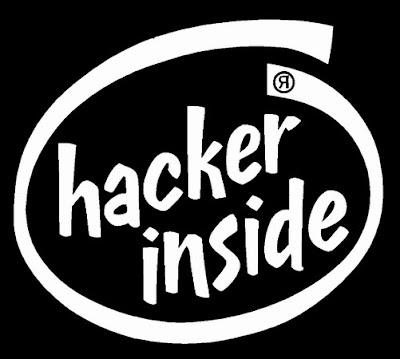 Please refer to this Article for reference on :
Going Cashless in a Moving World ~ Bible Prophecy Today

The humor of the article is those who fear we are being monitored:

Foolishly it's also called Beta Version or in some cases Microsoft Windows because they have never released a "foolproof" version of computers.

We are in the Limelight. Get used to it, the world knows who you are and if you are important enough you will be hacked legally or illegally by the government, a friend, a enemy, a AUTO-BOT that just looks for open computers, or the Super Programs AUTO-SCREENS that look for terrorist.

The foolishness is to worry.....HOW FAST CAN A SYSTEM FAIL?........Turn on your computer and open several programs, then hit enter ten times really fast..........HELLOO....We crash computers all the time, and no one can stop User Errors..... We call them One D One o t which spelled out is the famous techie call sign 1d1ot Or IDIOT alert.

Cashless society is NOT CRASHLESS.

Any, and I mean any disaster, RUINS technology....

Knock out a Fibre optic cable, everyone ON that line is GONE....
Collapse a few Cell Towers.........WHOOOPS.....No texting, videos, or internet.

There are no redundant systems for Technology.....One good solar flare....and we get them....Bye bye GPS, as well as our NEW digital TV...

We have become more fragile than any realize, and God knows it.

God doesn't have to destroy a nation anymore to bring it down, He can just take away it's toys by "natural" disasters.

Launching a Site is never easy, launching a ministry is even harder, launching out with God Alone is Utterly Absurd.....,

Some Authors have done quite well and went on to fame or infamy depending on your point of view. Rick Warren to name a modern one, Clarence Larkin to name an old one, several creative people often "get a vision" then go out and make it work.

I had been disappointed at times by the Clutter I found on Christian Sites all wanting to sell me something as soon as I "visited" their site. Often I just wanted information or the opportunity to just "peruse" or view what they had to say.

When I went to school for my Network Engineering Degree I thought 'AH HA!!! I am on my way..., I learned I didn't get want I wanted, but if I wanted to stay busy learning, I could stay a techie and pick up programming.....NOT.

Google came along and broke down stereotypes in geeking, then came Facebook, YouTube, Cell Phones, Texting, Videos on the Web, the Cyber World went nuts and I watched never quite out of touch, but not happy with the Way we Christians approached the Techonological breakthroughs that we should have, would have, coluld have, led the way, rather then get buried in the wave of opportunity the Web and Tech provides.

Non-Christians became instant scholars....... and Christendom got dumb .........worried about the Beast they saw the neutral parts of technology.

God will use what he Chooses to use.

Thank God, Younger Gen's took over, "sort of" and invaded the Web with a vengeance for God.

I am excited. After exploring and seeing a few innovations of sites I watch, God leap frogged me to develop some 'edgy' sites I am happy with working on as my "contribution" to the Last Days Generation.

One of them is of course my Studio, LOL, but God help me if I use that site to sell on...I have a Studio Store for that so you can view the other in peace, but for growth and development of the Believer and the Christian?

I am excited to be "on project" with Jesus Gypsy Productions.

Hear God Speak is like Main Street meets "the word" and walks away knowing God spoke to them.

amoung others, the Site has a Redo on the Old Food for Thought and makes a meal for the visitor to hardly realize as they are there....God is speaking to them. Already started it is awsome in scope.


Page Two is called "Off the Wall" based on the common Hallway of Faith, but is deveoted to a person stating in their own words and pic., their "statement of faith".
The challenge being:

Are you Off the Wall for Jesus?

Upsite launch will be a "in process" construct site as changes can be viewed daily starting on July 15, 2009.