The Last Time this happened, it wasn't telegraphed so obviously.
My personal opinion is August or September.

The Israeli Sub moving in that area may be a element for a missile strike. As well as to launch and recover operatives in Iran.

Israel does have a small Navy which if Israel stays out of Gaza and West Bank conflicts, Syria is holding off on Lebanon, then the window of opportunity is Iran.

I'm looking at the Man in the Mirror... 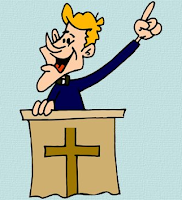 We have met the enemy and they are us Evangelical Christians

I must clarify that most that identify with or have membership in the Christian religion are not truly Christian. Most who call themselves Christians in the world today merely have a cultural identity with the name and/or hold a Christian set of moral values. Most of these “Christians” never really had a salvation encounter with the Lord Jesus. Therefore, this article is not addressed to them but to the small minority within. It is addressed to those Christians that claim that they were saved by grace through faith and changed into new creations in the body of Christ. They usually call themselves Evangelicals, Pentecostals or Bible believing Christians but for the purpose of this article, I will label them all Evangelical Christians.

There are several hundred million Evangelical Christians on the earth that claim they were born of the Spirit and they use the Bible as their guide for living a Christian life. There are hundreds of denominations that exist within this group mainly because of the significance they place on certain scripture passages or the interpretation of them. No two denominations can agree on every point of scripture and no two Christians within a denomination can agree on every single point of interpretation. Perhaps this is why Paul made it clear to us that the requirement to be saved was to believe in your heart and confess with your mouth that Jesus is Lord and believe that God raised Him from the dead (Rom 10:9). Nevertheless, many who have meet this essential salvation requirement given to us by Paul are still condemned to hell by other confessing Evangelical Christians.

These differences bring up serious theological issues and they should be debated because only one view can be correct. However, when we start condemning others to hell who have understood, embraced and confessed the requirements for salvation then we have met the enemy and they are us. They are those of us who call ourselves Evangelical Christians but then go on to condemn other confessing born again Bible believing Evangelical Christians to hell.

Undoubtedly, there can only be one correct theology on any issue but I sincerely doubt if any denomination or person has every bit of Christian theology totally correct. I even think differences in interpretation are healthy because it causes us to search the scriptures often to find out the truth for ourselves from the Bible. Where we get into trouble is when we put undue reliance on our denominations and their theologians to do the interpretation of the scriptures for us. There are certainly going to be differences because we do not see things clearly now (1 Cor 13:12). However, do we really need to further divide the body of Christ over non-saving theological issues - even going so far as to call other Evangelicals who do not embrace all of our theology non-believers, heretics and even deceiving antichrists bound for hell?

The tragic thing is that some, in the name of Christ, are doing this today. Their motives might have been good from the start because they wanted others to discern the truths of scripture that they hold. Nevertheless, when they go beyond that to condemning those who do not see everything their way they have crossed the line and are being used by Satan to further divide the Body of Christ.

We become pretty darn arrogant to go beyond debating theology to judging the eternal salvation of our brothers and sisters in issues not essential to salvation.

Some are saying if Evangelicals are not baptized by the methods they use, then they are not saved. Some are saying if certain Evangelicals are too ecumenical, then they have never been saved and are in league with the Antichrist. Some say that those teaching the pretribulation rapture are preaching escapism and a false gospel that will lead some to false hope and apostasy and that they are deceived by the Devil. On the other side of the coin, others are saying that those who teach a post tribulation rapture will lead the church to accept the Antichrist and they are in league with the Devil. Some say that those who have bought into anything contemporary have become corrupted by the world, as if every belief that did not originate out of their own understanding of scripture has to be from the Devil. For example, if they believe the world is only 6000 years old, then any Christian who thinks it is older does not meet their litmus test of a Christian. Some equate accepting any part of worldly acquired knowledge as accepting all the deceptions of Satan. Some of these have even self inspired the King James Bible and condemned all other translations and say those Evangelical leaders who push the new more understandable translations are really pushers of a demonically corrupted “new age” Bibles. Yet, it never seems to bother this type of Evangelical Christian that they embrace legalism and they themselves have their own worldly list of do’s and don’t’s that did not originate from any correct understanding of the scriptures but actually came from their own prejudices, traditions and from their own critical spirit.

What I have stated is not anywhere near an all inclusive list of the reasons why Evangelical Christians say other Evangelical Christians are not Christian and it is not meant to be. I just want Christians to understand that we do not have the necessary knowledge or insight to look into the hearts of individuals to judge their salvation. Some will now justify their condemnation of others by saying the scriptures says “by their fruits you will know them” but that scripture in correct context was only talking about how we can identify false prophets. In the same discourse of instruction from Jesus He says:

1 ¶ Judge not, that ye be not judged.

2 For with what judgment ye judge, ye shall be judged: and with what measure ye mete, it shall be measured to you again.

3 And why beholdest thou the mote that is in thy brother’s eye, but considerest not the beam that is in thine own eye?

Many that are judging the sliver in the eye of their Christian brothers and sisters should first take out the beam that is in their own eye. Many Christians need an attitude adjustment toward their fellow Christians because it is very evident that many Evangelical Christians have met the enemy and they are us and they are more than eager to tell this to anyone in the world who will listen to their condemnations. Meanwhile the world wonders how we could possess any divine truth when we cannot even get along with each other.

The litmus test that John said will tell the world we are the disciples of Jesus is by the display of love we have for each other. This is quite the opposite of what the world sees today coming from many who say they are part of the Body of Christ.