The Kingdom of God Suffers Violence...One of Many. 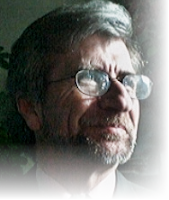 The Kingdom of God Suffers Violence...,

I live in a violent world, it is obvious by the daily news stories like a gunman opening fire today Wednesday, June 10th in the Holocaust museum, or the Tillerman tragedy where a gunman killed a Doctor standing on the steps of his church as he was gunned down in front of his family and friends.

It is a violent world I live in.

"And God said unto Noah, The end of all flesh is come before me; for the earth is filled with violence through them; and, behold, I will destroy them with the earth." Genesis 6:13.

It is interesting to read the whole chapter and to understand context and continuity or else fall into the category of 'Instant Theology' with little validation.

God tells the story of the flood as most know Noah to be about, but two things are mentioned in the simple read of King James English here in the Chapter and that is corruption and violence.

What better two words to describe where I Live than corruption and violence?

In most cities in America, you don't read about ALL the violent acts done that are caught by local police officers, anymore than we can list all the corruption that goes on in politics, religion, or science, or even, by us.

We live in a violent and corrupt society, and if we are truthful about it:

We are violent and corrupt.

Whether Mixed Martial Arts or the latest technical foul for flagrant violence, we have begun to accept that the Norm for us, the median applicable ethos we have... is violence and ethos. And anytime we seriously take a look at it, the person is considered pacifistic, or a less than the Manly Man we see portrayed as the hero in the movies. 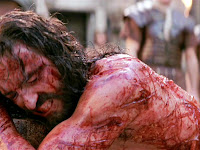 I can think of no better Terminator than the one who took our violent nature upon himself.

It is written that by his stripes we are healed....,

But what of the society we live in and the world we inhabit, are we to be made sheep to be slaughtered and all day we are crucified for the gospel sake?
"The Kingdom of Heaven suffereth Violence and the Violent take it by force"

I hear often in words by Fundamentally sound Christians who advocate a "need" to protect ourselves and our loved ones from harms way, by using even violent means to prevent the torture, mutilation or death of someone we care about.

The Kingdom of Heaven puts up with violent behavior and the violent person takes the Kingdom of Heaven, by force, and seeks to destroy it. Either from within or without. It is without debate that Jesus did not exercise his Power or take anything or anyone by forcing them to it, but in fact laid down his life that the world might be saved.

He chose to die, that in living again, we could find that it is not death we fear, but living in such a way God might condemn us. God honored his death by resurrecting him from the dead and proving that the Way Jesus lived, and the way Jesus died IS the way that was well pleasing to the Father.

Back in Genesis 6 we read that in verse 12 God looked upon the earth, and, behold, it was corrupt; for all flesh had corrupted his way upon the earth.

One popular phrase says "It's my way of the highway" but our WAY must be a higher way, a greater calling, a more obvious distinction.

His Way, was to die for a cause that was not only just, but exemplified that absolute power does not have to exercise it's ability to be absolute. Just because you can be violent doesn't mean you have to be. If Jesus, who could at any time have called for a legion of angels to come, did not exercise HIS RIGHT to be saved, then who am I?

Am I the one to exercise my rights and privileges to own a gun so if I disagree with a Doctor and think the end justifies the means I can go and kill a man? Am I the the violent one who says the reason I can abuse my wife and kids is because I was influenced by popular thought, television, or a parent who abused me? Or am I the one that can interpret the word to justify my cause by making the Kingdom Of Heaven a place where they that live by the sword kill or be killed?

I am a man. I can be provoked, it is certain I can be corrupted and it is a violent world I live in. But my choices are determined by my personal relationship with God Almighty who I gave my rights and privileges to the day I call upon to Save Me and named Him my Lord.

If it so be He would choose I die, in order to live as a Witness and a Martyr to the Way, the Faith, the witness that Jesus did, then like those of the First and Second Century Christians, I am in good company.

Violence begets violence as long as we tolerate, condone, promote, sell tickets to and participate in violent behaviour; even glorying in it and glorifying it......, we will be as sheep led to the slaughter as the "violent take it by force".

We will rise again.

till then God said,

"I will destroy man whom I have created from the face of the earth;...., and Noah found grace in the eyes of the Lord.

You are not allowed violence, but God is, and He does a lot better job of it, ask Noah.