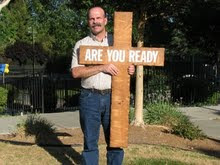 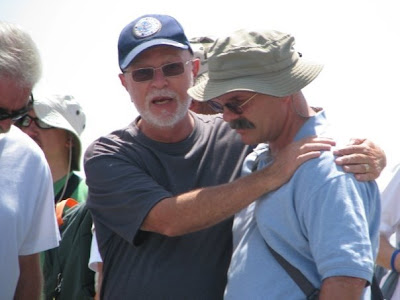 Every member of an evangelism team is important to the cohesion and effectiveness of the team.

Usually (but not always), the team leader is the person who probably has the most experience and who probably spends the most time on the box open-air preaching. The best teams are those that have a variety of evangelists who may specialize in different disciplines.

A team may have one or more people who preach in the open-air. They may not distribute too many tracts or engage a lot of people in conversation, but rest assured an open-air box doesn't remain empty for long when they're around.

A team may have one or more people who live for the next conversation. Every time you look for one of these team members they are talking to someone. They may never get up on the box, but they are constantly sharing the gospel.

A team may have one or more people who are affectionately referred to as "tracting machines." They will distribute hundreds of tracts every time they hit the streets. That's their niche. That's their role. There will be times when those who focus on distributing tracts will share the gospel with more people than anyone else on the team.

But no team is complete without the quiet warriors--the people who pray. Now, everyone on a team should assume this role. Every team member should pray before, during, and after time on the street heralding and sharing the gospel. Teams are truly blessed when they include the quiet warriors--those brothers and sisters in Christ who may or may not engage in as much evangelism as other team members, but can always be counted on to lift up and anchor the team in prayer.

The evangelism teams I helped to start in Burbank and Glendale are now being led by outstanding brothers in Christ. Because of my role with Living Waters, I find myself spending much of my time shepherding and encouraging evangelism team leaders, instead of directly leading a local team.

While I am out on the streets more than ever before, I don't get to spend as much time as I once did with my teams. My schedule is such that I have to hit the streets whenever the opportunity presents itself; and that makes it difficult to rally the troops to go with me. I miss being with a team. There's nothing as sweet as the fellowship of the gospel. So, I try to get out to Glendale, Burbank, or North Hollywood to be with the teams as often as possible.

And if you are reading this and you are counted among the quiet warriors, thank you. Thank you for your love and your prayers. Never underestimate your importance to your team and to the the cause of Christ.

Team leaders: encourage your quiet warriors. Don't neglect this part of your team--this vitally important spiritual weapon. The quiet warriors are every bit as important to your team as a radioman is to an army on the front lines of battle.